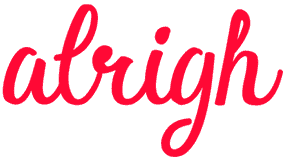 Apple has just announced no less than two big changes that relate to the management of disputes on its app store brought against it by third-party developers. The first of these is that developers can now appeal a particular violation of an App Store guideline, while also being able to challenge the particular guideline itself. More, Apple will now prioritize speedy app updates that nix bugs and other icky issues and will no longer put them on hold while sorting out app store disputes.

Apple had this to say in a press statement:

“Additionally, two changes are coming to the app review process and will be implemented this summer. First, developers will not only be able to appeal decisions about whether an app violates a given guideline of the App Store Review Guidelines, but will also have a mechanism to challenge the guideline itself.” “Second, for apps that are already on the App Store, bug fixes will no longer be delayed over guideline violations except for those related to legal issues. Developers will instead be able to address the issue in their next submission.”

Apple first approved the app and then later nixed Basecamp’s updates of it. It won few friends for opening hostilities with Basecamp, with the war, unfortunately, coinciding with the launch of a couple of antitrust probes from the EU against Apple that appeared to have been kickstarted by its rivals.

The main dispute between Apple and Hey focused on whether the latter should be qualified for a rule exemption regarding in-app purchases. Basecamp for its part decided not to feature such purchases on its app, because giving Apple a cut of the revenue from such purchases was not something they felt comfortable with. It, therefore, offered subscriptions on its website, but not on the App Store itself.

Apple took offense at this because they stood to earn some revenue if Hey had set up subscriptions through the App Store. It came out with the claim that Hey violated no less than three App Store guidelines because it did not make it possible for folks to sign up to Hey on mobile or purchase access via the same way. The duo of Heinemeier Hansson and Jason Fried, Basecamp’s CTO and CEO respectively claimed Apple’s decision clearly showed its avarice and inconsistency, because quite a lot of apps and business software on the App Store, do not have the option of in-app purchases, but have been able to exist on the App Store for years.

Mr. Hansson soon became a very vocal Apple critic, referring to the firm as “gangsters.” This and more soon got Apple critics and the developer community riled up afresh, furious over how Apple enforces its app store policies, charges unreasonable fees, often publishes guidelines that are nearly impossible to follow, and the like.

The furor and the publicity from the spat risked making this year’s WWDC event less than memorable. So, Apple tried to make peace and bring an end to the negative publicity it was getting by publishing a letter from its App Review Board that outlined the reasons it took action against Hey. It also went on a media blitz of sorts, with its chief marketing officer Phil Schiller granting several interviews.

This was however not enough for the duo of Hansson and Fried. They went to Twitter and spent a lot of time there penning lengthy tweets that hauled Apple over the coals, while also writing as many critical blog posts as they could.

Finally, this Monday, with the keynote set to commence, Apple blinked first and buckled. They have now agreed to permit updates to Hey by Basecamp. Basecamp too was forced to compromise a little and will let users of its app sign up on accounts that close after a couple of weeks.

While that is progress it is unlikely that either Apple or Basecamp are satisfied with the current state of things. Possibly, Basecamp will have to modify its app better to Apple’s liking, more so as Hey still does not permit in-app purchases.

Still, this very public spat appears to have improved the hand of developers and firms when it comes to App Store appeals. While we don’t know how easy it will be now to challenge App Store guidelines, there’s reason to believe it is much easier than before and that Apple will not retaliate like it used to do by delaying app updates and features till its demands are met.

Concrete App Store rule changes are set to come in the Summer. Stay tuned till then.

Dark Mode for Google Maps on Android is finally here