Enter WireGuard! A new, faster VPN protocol that uses cutting edge cryptography with a lightweight architecture. WireGuard is said to be a faster alternative to the OpenVPN standard.

The people at NordVPN have integrated WireGuard into their VPN service, and they are calling it NordLynx.

NordLynx has been available on Linux since July of 2019. Last month (April 22) NordVPN finally rolled out NordLynx for its Windows, Mac, Android, and iOS client-software applications.

WireGuard is a relatively new VPN protocol that promises faster internet speeds. Even though WireGuard is a new protocol, it has quickly gained many people’s attention and is well-known in the VPN industry.

Jason Donenfeld, the developer of WireGuard, wanted to upgrade the outdated VPN protocols – OpenVPN and IPSec.

According to WireGuard’s official website: WireGuard is made up of a combination of extremely high-speed cryptographic primitives. Because WireGuard is integrated into the Linux kernel, secure networking can be very high-speed. WireGuard works well with small embedded devices like smartphones.

WireGuard has a lot going for it. A modern, faster VPN protocol that utilizes state-of-the-art cryptography. But WireGuard is far from perfection. And when it comes to keeping its users anonymous, it lacks behind OpenVPN.

This is known as the Dynamic Host Configuration Protocol (DHCP) which assigns a dynamic IP address to your device. Unfortunately, WireGuard cannot Dynamically assign IP addresses. For WireGuard to work properly, it needs to assign a static IP address to every device on the network which would be linked to its encryption key.

In Simple English, the server stores the user’s identity and links it to a local static IP address, which the VPN assigns. This can make your devices trackable 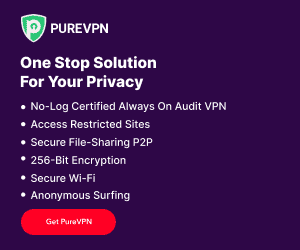 This is the biggest flaw in the WireGuard Protocol, and it was the biggest challenge NordVPN had to face while integrating WireGuard into their service.

Fortunately, NordVPN was able to overcome this flaw in NordLynx.

NordLynx – Secure and Fast VPN based on the WireGuard Protocol

NordVPN had a challenge on their hands. They couldn’t use WireGuard as is for NordLynx, because that would have compromised on privacy. What would a VPN service be without proper privacy? No one wants that! NordVPN wanted to bring the benefits of WireGuard to its users, without sacrificing any privacy.

According to NordVPN, the Double NAT system in NordLynx essentially creates two Local Network Interfaces for each user. The first interface assigns a local IP address to all users connected to the server. Unlike WireGuard, in NordLynx each user gets the same IP address.

Suggested Read: How to remain anonymous on the internet?

After establishing a VPN tunnel, the second NAT interface assigns every tunnel with a dynamic IP address. This makes it possible for internet packages to travel without getting mixed up. Dynamic IP addresses make sure that the IP address changes with every session.

The Double NAT system allows NordLynx to provide a secure, fast, and reliable VPN connection to all its users, without storing any trackable data on a server.

NordVPN says that when the distance between a VPN server and a content server is a few thousand Kilometers, the download and upload speeds can get up to two times faster with NordLynx compared to OpenVPN and IKEv2.

NordVPN has now included NordLynx based on WireGuard as one of its selectable VPN protocols. Although for now, the default protocol is still OpenVPN. That may change in the future, depending on how well NordLynx does, compared to OpenVPN. But You can manually select NordLynx in the app settings.

At the moment NordLynx is available for Linux, Windows, macOS, Android, and iOS.

NordLynx is the fastest VPN protocol at NordVPN’s disposal. Even though WireGuard has some serious privacy issues, NordVPN’s implementation of NordLynx gets rid of most, if not all of those issues. With the help of the Double NAT system, NordLynx is a fast, reliable, and secure VPN protocol, that ensures that its users remain anonymous online.